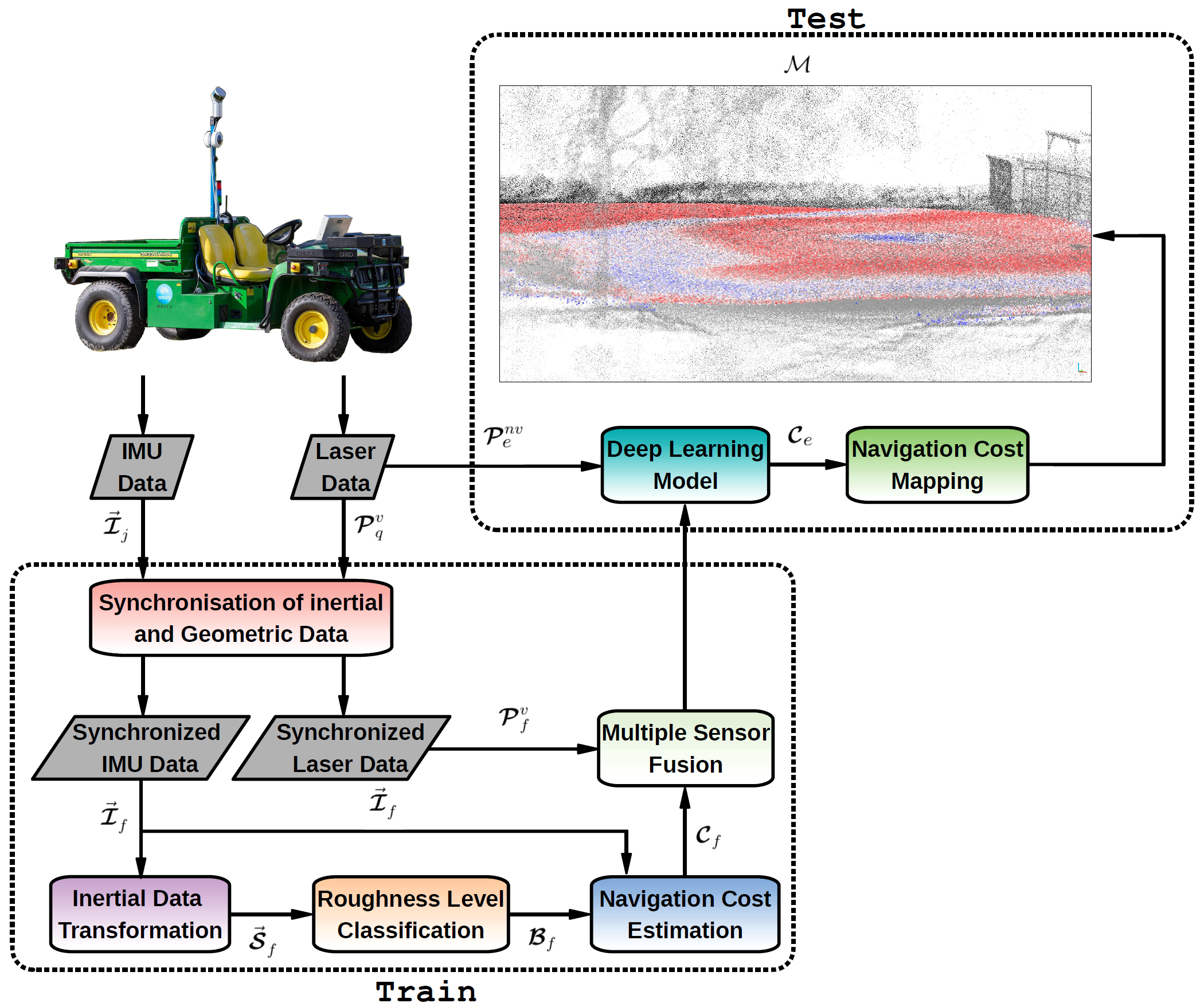 Autonomous navigation for ground robots in unstructured outdoor environments has been the focus of numerous research efforts in Field Robotics in the past few years. External natural environments are especially challenging for ground robots as they exhibit heterogeneous
roughness surfaces, including vegetation, pebbles, sand, mud, snow, ice patches, and water puddles. Such surfaces may also be irregular and present different slopes, which significantly increase the difficulty for ground robots to perform their tasks successfully.

A promising route towards solving this challenge is to augment the robot’s maps with rich, informative data streams which would allow the robot to more accurately estimate the navigation cost (difficulty) of traversing different areas. However, most of the state-of-the-art literature focus on the response of a single sensor, which potentially constrains the ability to generate accurate navigation costs

In this work, we propose a learning-based multi-sensor approach for generating an outdoor terrain cost map, based on the fusion of inertial measurements and LiDAR data. Our approach provides the potential to improve the autonomous navigation of ground robots in an external unstructured environment. By combining information provided by different sensory modalities, we can assign navigation costs across a global map. The generated cost maps are combined with traditional path planning approaches to generate optimal paths across the map, optimizing aspects such as traveled distance, time, or energy expenditure.

This project was partially supported by FAPEAM, CSIRO, CNPq, CAPES, and FAPEMIG.